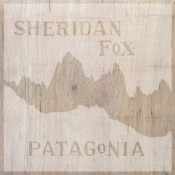 You may know Sheridan from bands like Free Energy and His Mischief. He’s been working on this cool solo record called Patagonia, that he launched with a Kickstarter Campaign. Look for it at all digital retailers, February 12th.