Erica Krumm and Jim Kolles have both played in numerous Minneapolis bands over the years, but had never actually been in a band together until they started Oaks in the fall of 2010.

Beginning as a casual side project, Oaks quickly turned into something more as the couple realized how well they worked together creatively.

The band released a five song cassette in 2011, and in 2013, Oaks put out Field Beat, a six song EP, on Jim’s label, Ass Records. The band’s debut full length, Animal Life was released by Modern Radio in August, 2015. 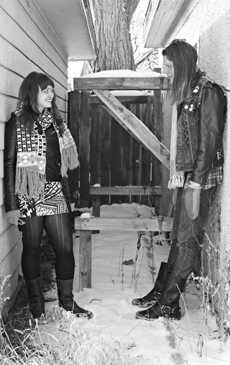