15 years ago this month, Modern Radio began with the debut album by The Misfires “Dead End Expressway“. While this is the first release, it’s safe to say that The Misfires and Killsadie were the two artists I had in mind when I started the label. I saw nearly every show they played from 1997 and was known as “every show guy” in the Killsadie crew. -Tom 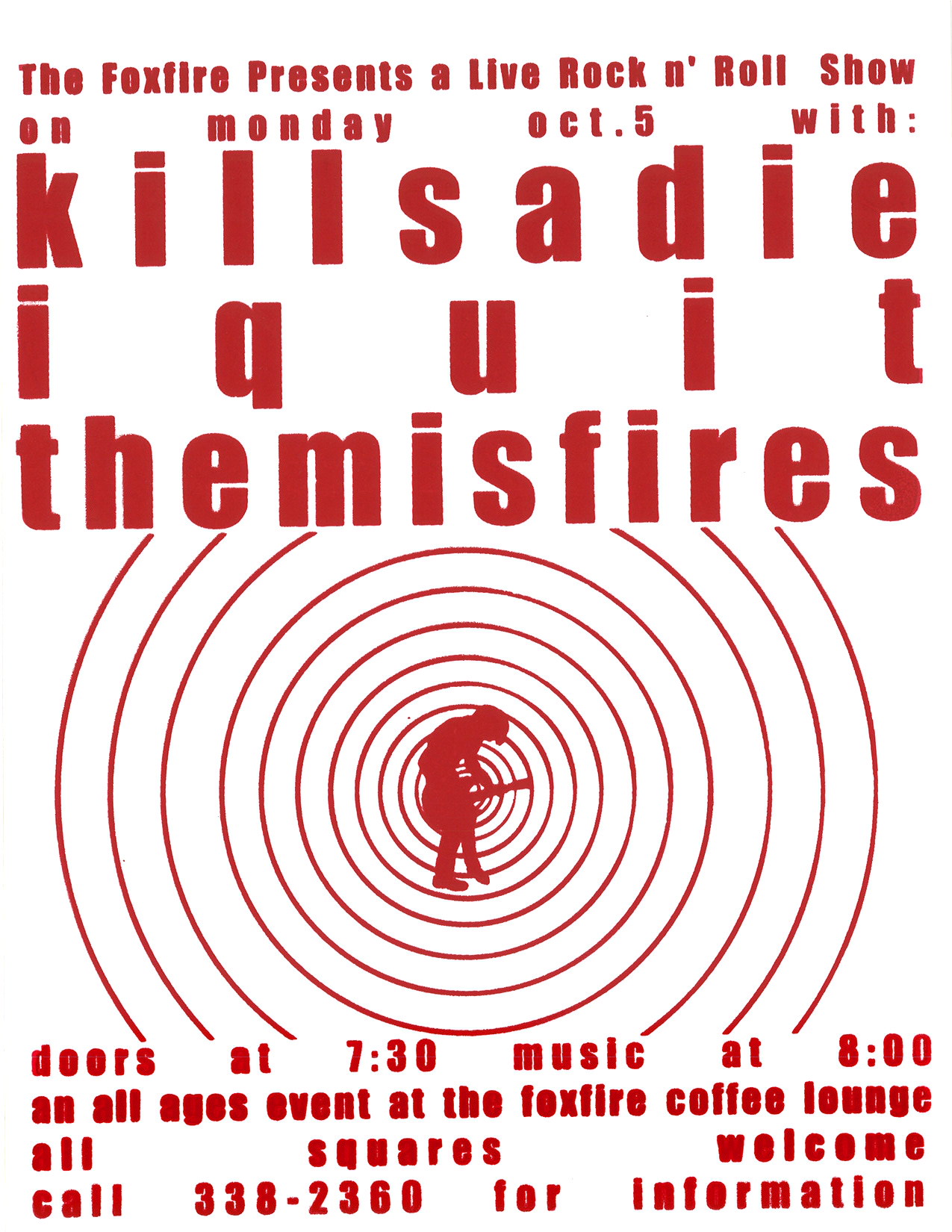 Brian Severns of The Misfires made this flyer for a show at the Foxfire Coffee Lounge for their show with Killsadie and touring band IQuit on October 5, 1998. Brian designed numerous flyers for the label over the years. He used a lot of audio / radio frequency images as you can see below. Additionally, Brian would add a tagline to fliers along these lines:

“Come to a night of Modern Radio Music Sounds”