Growing up collectively in Kansas City, Boulder and Germany, this Minneapolis trio joined Modern Radio in the Fall of 2015 after a run of self-released EPs. Power-pop-rock-punk. We met the band through our Modern Radio Nights at the Kitty Cat Klub and instantly got hooked. Three sincere and excitable musicians who are music obsessives. 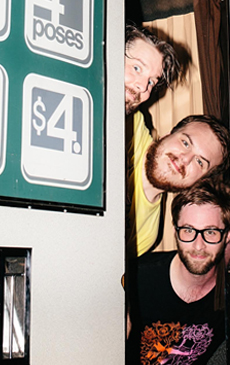