Motion City Soundtrack started playing shows in January of 1998. They formed out of the breakups of Saddest Girl Story and Slidecoaster. Throughtout the year they played locally and recorded at Wigged Out with Randy Duerr. Two songs from the recording were released as a 7″ by the band in Spring of 1999. During the next year, they played a bunch of local shows and toured around the Midwest. Late Summer of 2000, they released a CDEP co-released by Sound in Motion and Modern Radio for their Fall tour with AMP 176. After the fall tour, Austin left the band and was replaced by Matt. Later that Winter, Joel left the band as well. Roger from AMP 176 played a few local shows with them and Nate Kinsella played drums with them on their three week east/south tour in the Spring of 2001. After tour, they got Sidney Burdorf to play drums. Around the same time, Matt was replaced by original bassist Austin. Fall of 2001, they did a full U.S. tour. Motion City Soundtrack released a album on their own in the Summer of 2002 called I Am The Movie. They toured throughout the year across the entire United States several times over. In early 2003, Motion City Soundtrack signed with Epitaph records. They released several hugely successful records and toured the world over. In 2008 the band signed to Columbia Records. 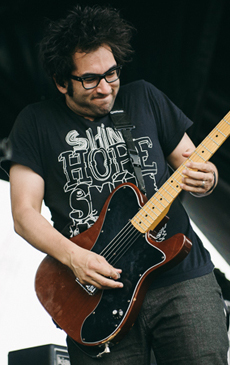