This late 90s Twin Cities group formed out of the ashes of Twin Cities bands Lefty Lucy and Arm.  The band released two EPs on their own before joining Hopeless Records.  Hopeless, who at the time was home to Dillinger Four, released two full length albums and a 7″ by the Selby Tigers.  The band toured non-stop around the world in support of the two full length albums. They did several high profile tours with Rocket From The Crypt, Alkaline Trio and The Anniversary. The band split in 2003.  After the breakup of Selby Tigers in 2003, Arzu Gokcen went on to form pop-punk band So Fox. So Fox released a single in 2003. Grumdahl also went on to for The Monarques and was in The Dynamiters with Dave Gardner. After the end of So Fox, Gokcen went on to form Spider Fighter, Half Fiction, Strut and Shock and Pink Mink. Dave Gatchell is currently in the Tokyo band 1000s of cats.  Grumdahl has also been playing under the moniker Bombay Sweets. 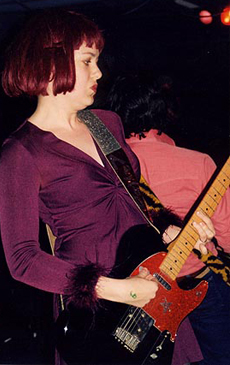