Andrew Sims grew up in the working-class Minneapolis suburb of Hopkins, Minnesota. His parents were both musicians with problems of their own, and Sims often had to look out for himself and his younger brother. “I was super short-fused,” he remembers. “I got in fights almost every day until I was about 13.”

He found solace in rap and R&B music, nurturing a love for mainstream hits as well as then-underground artists such as the Wu-Tang Clan. His parents didn’t approve of his new love, however, so he built a secret stash of cassette mixtapes that he traded to kids at school. He soon found a gift for rhyme and begin channeling his aggression into feisty, kinetic wordplay.

His rap habit quickly grew from playground cyphers to recorded projects. In high school, he met a local producer and rapper named P.O.S. who would sell him beats for $30 a pop and let him record at his house for free. Eventually, their home-recording experiment blossomed into a full-on musical enterprise that would pull in other aspiring artists and help put Minneapolis hip-hop on the map.

Enter Doomtree. Hailing from the same untamed Minneapolis indie music scene that spawned both punk legends the Replacements and, 20 years later, hip-hop powerhouse Rhymesayers, Doomtree has become one of the most trusted and influential names in grassroots hip-hop.

Since its birth in 2002, Doomtree has grown from a CD-R-slinging, fast-food-fueled DIY collective into a tightly knit, business-savvy operation. In addition to Sims and P.O.S., Doomtree’s roster includes some of the most daring artists working in hip-hop today: Lazerbeak, Dessa, Mike Mictlan, Paper Tiger, and Cecil Otter. 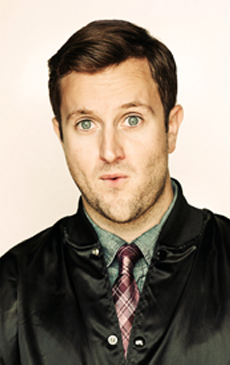