Styrofoam Duck had begun receiving accolades for its playful band name as well as their quirky live performances, in which an actual 6 foot styrofoam duck shared the stage, flashing its head light, heckling the audience and band-mates. With the release of the band’s first full-length CD on Modern Radio, “Emergency’s Only Friend”, The Duck and its band-mates agreed that perhaps the best thing for all involved would be to part ways. As the Duck pursued various lucrative solo endeavors, the remaining members took a greater focus on the music without the distracting, albeit dynamic talking duck. The band remained a three piece with the addition of Jason Powers before taking a more experimental direction and then disbanding all together. 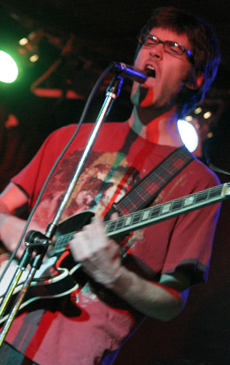