Siblings Neil and Martha Weir formed the band (under the name the Shut-Ins) in 2003 in Minneapolis with a drum machine. They cut five demos, and began playing shows in the Twin Cities. The demo was well received by 770 Radio K who asked the band to perform a live in-studio session. Shortly there after the band began playing with a live drummer, Colin Johnson (Ex-Vampire Hands). The three piece then began playing under the name The Chambermaids and began recording tracks which would later become thier self-titled debut full-length. That record was released on CD by Modern Radio in the Fall of 2006. The band has had several drummers throughout the years including Greg Schaal (Ex-Sicbay), Mickey Kahleck (ex-Shotgun Monday) and now Alex Rose (Ex-Vampire Hands) 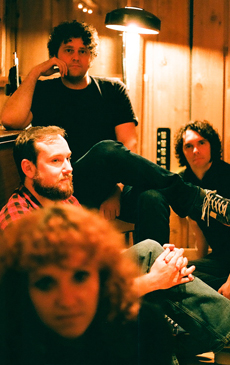