The Danforths are not only a high-five between three incredible musicians, but also an ethereal holy trinity that is the one real Chris Danforth. Pluralizing his name and using it as the nom de plume for his projects alludes to the kind of musical schizophrenia from which Danforth suffers. His head is filled with so many sounds, structures and ideas that he is forced to allow each voice to have its turn at the helm. Somewhere between OMD and Faust, his albums find Danforth honing his perfectly amalgamated quirk-pop to a mature conclusion. Combining found sounds, field recordings, synth and guitar-led songs, he crafts lo-fi psych pop that Ink 19 called “an orchestral, angular, epic take on panoramic sunshine music like some long-lost Elephant 6 track calling in from the twilight zone.”

The Danforths began as the bedroom pop project of Chris Danforth while he was finishing up college in Fargo, ND.  As he worked on his first album (originally self-released under the artist title the Chris Danforths), he moved to the Twin Cities and worked with a number of musicians in the Modern Radio family including Jonathan Warnberg (Misfires/Signal To Trust) and Adam Burt (STNNNG/The Vets).

For the second album, Chris solidified the lineup with Fargo ex-patriots, collaborators, and friends Neil and Tom.  Modern Radio released a hand made version of the their second album that came out on Essay Records.  The packaging included a hand bound coloring booklet.  The most recent album Amphibian followed in the tradition and was released in a hand made origami style packaging.

In 2012 Chris Danforth received the McKnight Composer Fellowship and a Jerome Fund for New Music. 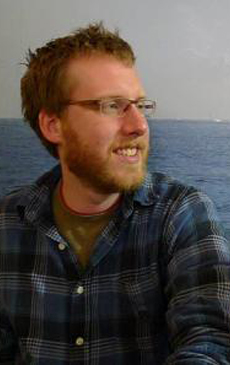