The Ending Again was formed from the remains of the Minneapolis hardcore band I Shot McKinley looking to play music very different from their previous bands. They recorded in the summer of 1999 with Dave Gardner at the Terrarium. Those songs are on their four song 7″ on Modern Radio. The 7″ was released in March 2000. They played their last show in the Summer of 2000 after Adam Lewis moved back to Indiana. Mike Peterson played bass in the Minneapolis hardcore band Holding On during most of 2000. 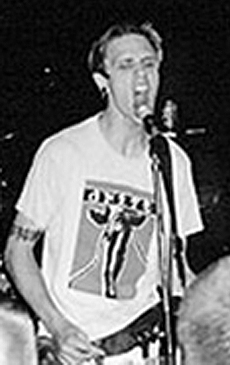