Formerly known as Magnatone and known later at the Magnatone.45. This band was fronted by Tom Rosenthal who booked the Foxfire Coffee Lounge all ages venue in Minneapolis from 1999-2001. This was a great institution in the Twin Cities.  Magnatone put out a number of releases and played power-pop/rock stuff in the vein of Elvis Costello.  Tom previously was in the band Speedway who had a 10″ 8-song EP on Dionysus Records in ’95. Jacques Wait went on to play in France has the Bomb and Pink Mink for a period of time and has a recording studio in the Twin Cities. 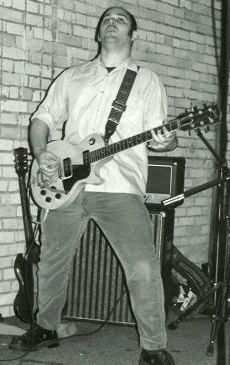