The Gravity Index started playing shows in the Spring of 2001. During the Summer of 2001, they did a west coast and midwest tour. During this tour they had a 4 song demo cd-r for sale. In November of 2001, they entered the studio to record with Matt Vanleuven at 8 Houses Down. The six songs recorded became their self-titled CDEP that was released on Modern Radio in February 2002.

The Gravity Index did a two west coast tours and midwest tour that Spring/Summer in support of the record. The Gravity Index broke up in October of 2002. Nick went on to sing for a band called Pariah Caste and Mustangs and Madras. He also plays sax and sings backups in Call Sign Cobra.  Dav now lives in Seattle and is playing in a band called Countdown To Armaggedon.  Brian played in Ghost Buffalo for awhile.  Brian also did a zine called the Yellow Rake and published a book of content from the zine. 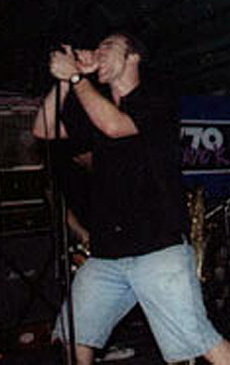