Tight Phantomz are almost solely influenced by straight ahead rock. With nods to the best elements of AC/DC, Motorhead and Van Halen (pre-Haggar), Tight Phantomz rock n roll machine is one to be reconned with. The band has already toured existensively in support of their two CDs on Southern Records and don’t plan on stopping any time soon. In addition to their tour schedule, frontman Mike Lust finds time to record bands on a regular basis. He has recorded records from Ten Grand, Sweep The Leg Johnny and STNNNG in addition to the song by Tornavalanche on the split 7″ Tight Phantomz. 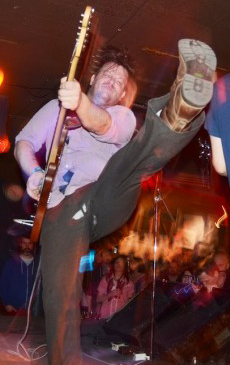