William Elliott Whitmore hails from the Southeastern corner of Iowa growing up on a horse farm along the banks of the Mississippi River. He grew up with an intense love and spiritual understanding of the land is flawlessly conveyed in his songs overflowing with mortality, sorrowful joy and attempts to make peace with a conflicted sense of morality.

We got to know Will in the 00’s as he was a regular opener and roadie for The Vida Blue (who later became Ten Grand). Will would jump on Vida Blue shows to play short sets of bluegrass / country music that were a stark contrast of other bands he would play with at the time. Will came in to his own shortly before the passing of Matt Davis and end of Ten Grand in 2003. He has toured relentlessly since that time touring with the likes of Clutch, Converge, and City and Colour. At various times he’s played with back up musicians that include Joel Anderson (Ten Grand/Vida Blue), Pete Biasi (Signal To Trust/Misfires), John Crawford (FT(SG)) and numerous others. 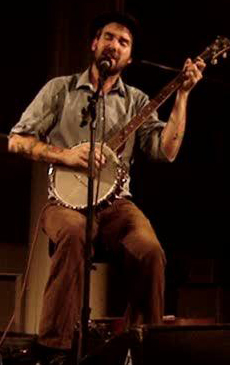