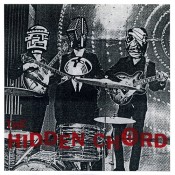 Notes: Jeff Brown of Grotto played drums for the band during this period and on this recording. Not That Clever appeared on the 1999 Pulse of Twin Cities CD compilation.

Track Listing:
A – I’ve Blown It Again
B – Not That Clever