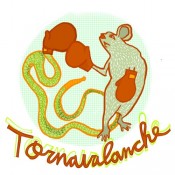 Tornavalanche – They Can’t All Be Hits (Digital)

A collection of the two 12″ EPs and split 7″ with Tight Phantomz that are digitally remastered by Bob Weston. Tornavalanche is not currently active but they did play a show for Grey Area Music Festival on August 11, 2019

1. Only the Nerds Got Pissed
2. Agent/Boyfriend
3. “Man, I Love the Beatles”
4. Kind of Like Some Kind of Monster
5. Fallin’ Back on Dat Azz (Falling Back on That Ass)
6. The First Gold Split 7″
7. Michael Jordan, May I Have This Dance
8. My Balls Are a Magnet for Pain
9. The Ocean II
10. I Had the Looks, I Had the Talent
11. Different Places, Different Ghosts