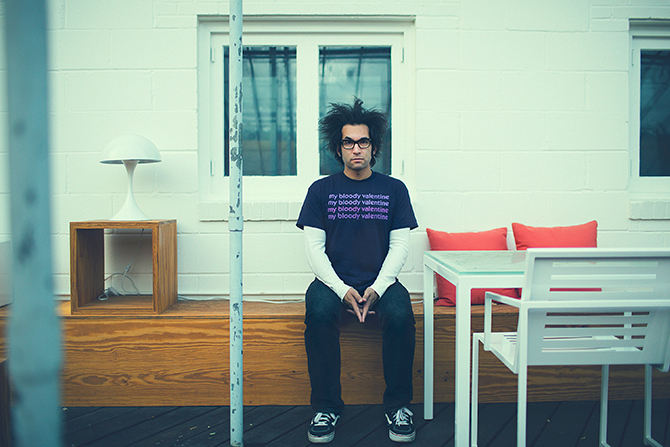 Long long ago, Modern Radio worked with Motion City Soundtrack and helped them with the release of their first CDEP (remember CDs?) called Back to the Beat. I was a fan of the band and MCS an integral part of the music scene in the Twin Cities around 2000. It wasn’t just that though. Josh helped out with the label quite a bit on the design tip and Justin was an amazing roommate that introduced me to a ton of rad art films. These two talented gents remained close members of the Modern Radio family. We enjoyed watching their 16+ year run that culminated in a farewell tour two years ago.

Jump to 2018. Justin and I had been exchanging messages throughout the year when out of the blue he floated the idea of a special 7″ for intimate shows that are part of his upcoming Fall 2018 tour. After a few phone calls and promises of a record turnaround time from the pressing plant (Thank you, Noiseland!), we went forward. We didn’t want to post any news of this release until the goods were in our hands. The translucent blue beauties showed up from France the day before the start of Justin’s tour on Halloween. Tickets are still available for some of the special/intimate shows on the east and west coast where you can obtain this 7″. For good measure, we made a set of buttons to go along with the record and French theme that holds throughout Justin’s debut solo LP for Epitaph, In the Drink. 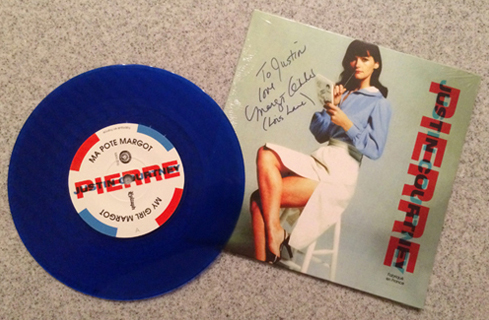 If for some reason, we have copies of this 7″ left after his tour completes in December, we’ll be auctioning off the final batch for charitable causes at a premium price. If you’re curious to hear the tunes, you can hear the B-side, Everything That Hurts, online.

It has been a quiet year for Modern Radio as we close in on our 20th year of passionately releasing music to the world. Not stopping anytime soon. We still love music!