Former singer and the guitarist of the pop-punk /indie band Motion City Soundtrack initially started making music back in 1997. Modern Radio co-released the Back to the Beat CDEP by Motion City Soundtrack in 2000 and have remained friends with the band over the years. After a 2017 farewell tour, Justin announced he would be releasing a solo album on Epitaph Records called In The Drink. The full-length album was released on October 12, 2018. For his first solo US tour in the Fall of 2018, Modern Radio did a limited edition 7″, My Girl Margot B/W Everything That Hurts, for special intimate shows Justin performed in each city. 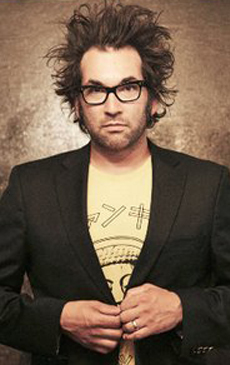