Signal To Trust began with Jonathon, Pete, and Dave a few months after the break up of The Misfires. They were joined on vocals by Brandon Rouse and played their first show on April 1, 2000. In September of 2000, they recorded 10 songs with Mike Wisti and left for a West coast tour in October of 2000.

The songs were never released due to the departure of Brandon Rouse from the band in Spring of 2001. In May 2001, Brian Severns joined the remaining members and they began playing shows live in July of 2001. Shortly after Jonathon also began playing drums with Sicbay that lasted until Spring of 2002. Brian remained as a member of The Hidden Chord till their break up in August of 2002. Pete Biasi also currently plays in a Twin Cities band called Falcon Crest with Brandon Rouse.

In January of 2002, Signal To Trust entered the studio, This time to Canon Falls, MN at the infamous Pachyderm studios. They recorded 8 songs that were engineered by Brooce Templeton (Dwindle). These songs became their debut record, Folklore, released in September 2002 on Modern Radio. Signal To Trust did a three week tour in May 2002 out east and through Denver in support of “Folklore” with limited handscreened packaging which differs form the official released version. In September 2003 a 3 song 7″ was released. In December of 2004, Jonathon left the band. He has since been replaced by drummer Ben Ivascu, who also plays in Falcon Crest and Total Fucking Blood with Pete Biasi. Throughout 2006 the long awaited full-length, Golden Armour was recorded and released in the November of 2006. This time also began the sporatic hiatus of Brian Severns as he attends graduate school. 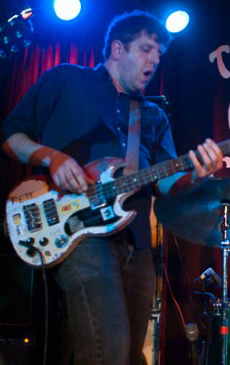