Out of the depths of Ten Grand (Iowa City) and Forstella Ford (Milwaukee) rises one of the best new bands in the Midwest, Tornavalache. Both Ten Grand and Forstella Ford released a slew of records and toured non-stop in the late 90’s. Their overlapping tour schedules brought them together and they became friends, playing a number of shows throughout the midwest and beyond. Ten Grand spent over 100 days on tour during 2002 alone. In 2003, they released their 2nd full length, “This Is How To Rule”, on Southern Records and supported the record with a European tour. Ten Grand’s end came after the death of our dear friend, singer/guitarist Matt Davis. He will be forever missed, but the bond forged by the remaining members made it impossible to stop making music together. Zach, Bob and Joel of Ten Grand joined forces with Whitney and Dan whose band Forstella Ford had broken up. Claiming both Chicago and Milwaukee as homes, Tornavalanche began playing and recording together in Fall of 2004, and in the Summer of 2005 they reached out to the greater Midwest.

The tornado and the avalanche are two of nature’s most devastating. As singular events, they are brutal, hard to pin point and even harder to prepare for. As a hybridized meteorological event, the TORNAVALANCHE is one of the most feared and revered of natural occurrences. Dual drum attacks and jarring start-stops draw comparisons to both Ten Grand and Forstella Ford. With a heavier, on no holds barred, rock emphasis, TA also seems influenced by DC post-hardcore.

Tornavalanche released No Money, No Problems on Level Plan records in 2006 and followed it with a tour to Europe and later a 12″ EP on Modern Radio.  They continued to play around the midwest for a few years playing less frequently as members resided in three different states (Iowa, Illinois, Wisconsin). Around 2008, Tornavalanche played one of several shows as part of the 9 year anniversary for Modern Radio. Around this time, the band stopped playing with any regularity. Recently, Tornavalanche came back from the dead for a one-off show for the Grey Area music festival near Iowa City. Around this time, the band worked to remaster and remix their recorded music with Chicago Mastering Services and Flat Black Studio. All of these recordings were re-released digitally in 2020 as “They Can’t All Be Hits” 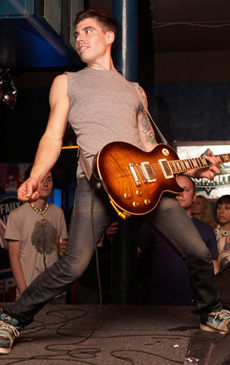